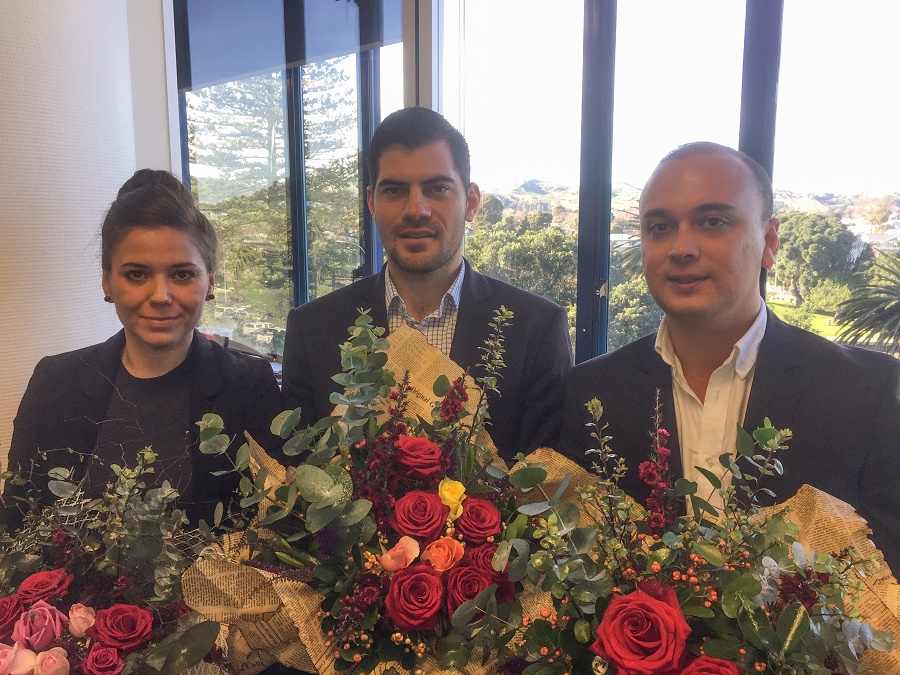 On 1 July 2019, the partners of Woodward Chrisp announced with enormous pleasure the addition of three new Associates.

Heather Vaughn, Michael Gordon and Manaaki Terekia have progressed in line with our requirements to become an associate of the firm - each demonstrating ongoing commitment to Woodward Chrisp.  They join our existing associates - Sue Cameron, Katherine Callaghan and Michael Lynch.

Photographed above, from left to right …

Heather – came to us from California in the United States.  In 2006 she attained a Bachelor of Arts at the University of California, Santa Cruz, and in 2010 she added a Juris Doctor degree from Lewis & Clark Law School in Portland, Oregon to her academic qualifications.  Heather is a member of the California Bar and was sworn in as a solicitor of the High Court here in New Zealand in 2013.  Heather joined Woodward Chrisp in 2012 and specialises in criminal law.

Manaaki – a Gisborne local and past Head Prefect of Gisborne Boys High.  He completed his law degree at Victoria University in 2014.  In his final year he was the President of the Māori Law Students Society for Victoria University. Manaaki specialises in criminal law and joined the Woodward Chrisp litigation team in 2015.  He was admitted to the bar in September of 2015.

Michael – also a Gisborne local with iwi affiliations to Ngati Porou and Rongowhakaata.  He studied at Victoria University, attained his law degree in 2013 and was admitted to the bar in December 2013.  He joined Woodward Chrisp at the start of 2013 and has been an integral member of the team ever since.  He specialises in commercial and family law.

We take this opportunity to congratulate and thank Manaaki, Heather and Michael for their exemplary work to date.